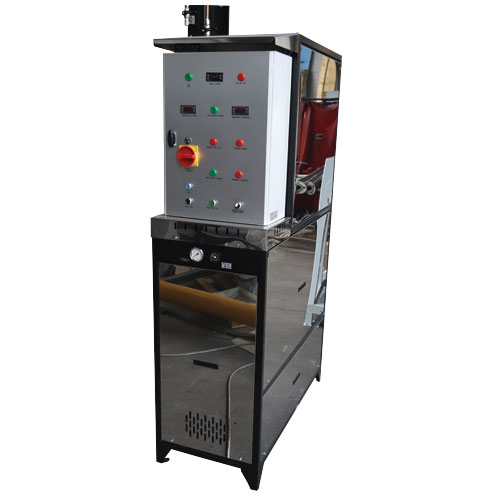 The heating electric groups are specifically designed for a controlled and homogeneous heating of diathermic oil.

Made up of one or more armored electric heaters immersed in diathermic oil, they keep the oil moving thanks to a pump in forced circulation which is managed by a temperature control unit of the fluid.

By doing so, they avoid the risk of an accidental rise of the temperature to the critical overheating temperature.

The maintaining of a constant temperature is obtained thanks to the interaction between a dilating thermostat and a PT100 tube which transmits a signal (in mA) to a thermoregulator. In case of a failure of the controlling thermostat, a safety thermostat with manual restart is activated immediately interrupting the power supply of the control unit.

The diathermic oil from the heating unit is transferred to an industrial process (for example the heating of a tank).